Meetings are not only robbing your employees of their time for #deepthinking and priority tasks, but it is also costing your business a lot of money. Have you ever done the calcula...

The workforce is shifting in how & where employees work. Is your #TechStack part of your #BusinessStrategy? Adopting the right #technology can positively impact things like com... 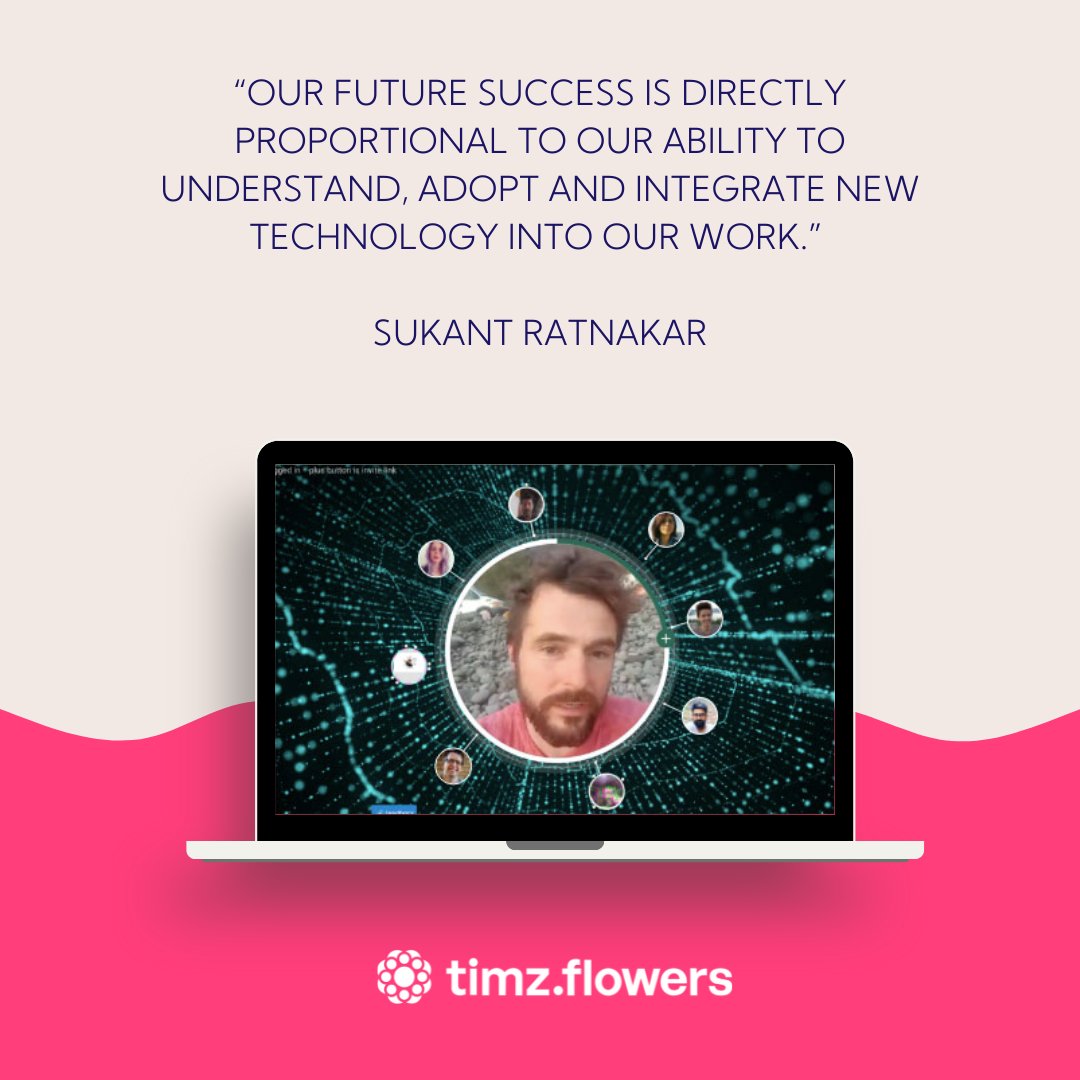 Thank you to users from 54 countries who have signed up within 9 months when we started the open beta. https://t.co/r2GsKcQ4Wa 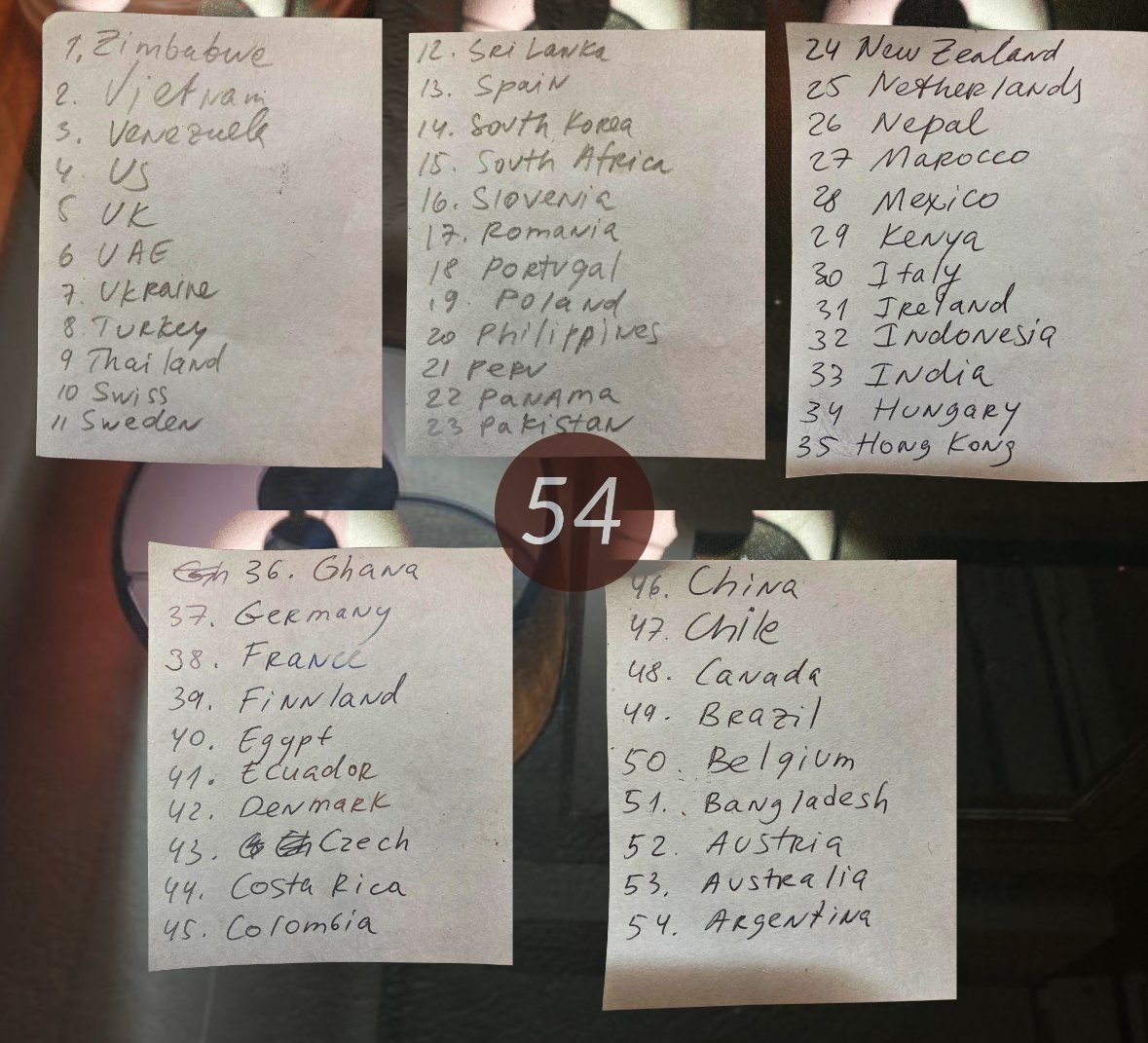 Async Video Meetings in Slack – Free up Your Calendar in 2021

Since COVID shocked us into working remotely, more and more people have come to understand that remote work alone is not the solution. Instead, we need to give people the freedom to decide when they work so they can freely regulate their work-life balance and thus increase their efficiency. And here async video meetings are key.

Slack has proven to be a very effective tool in this async wave, despite initial criticism from users who didn’t know how to mute notifications. Early critics also did not understand that you have to limit asynchronous communication to the essentials. Spam and noise block the work process, but this is a long-established culture in Slack teams.

So the asynchronous work culture continues to evolve. However, the many synchronous video meetings that are still taking place are tearing huge holes in people’s deep work and work-life balance. How can this be prevented? In this article, we examine the possibility of integrating asynchronous video conferencing into the Slack workflow.

How do Async Video Meetings for Slack work?

Integrating the timz-bot into the Slack workflow is as easy as can be. The admin can simply link their timz-garden to their Slack workplace.

Next, team members can start creating flowers. With the simple command /timz.flowers create [Flower name] each team member can record a short statement in any channel. The timz-bot will then send a notification to the channel that a new flower has been created.

Any team member can view and respond to the statement after they’ve signed up at timz.flowers. The notification for this response will be posted in the flower notification subthread.

timz.flowers can map complex group conversations, possibly even better than in synchronous video calls, where you only have a linear stream available and not branching like a timz flower.

With this simple trick, the team can suddenly switch to 100% async-only. The huge synchronous gaps in their calendars disappear. They can go fully into deep work mode and regain control of their work-life balance.

Of course, there will always be topics where a synchronous video conference makes sense. But we’ll soon see teams that are 99% asynchronous.

What Are the Use Cases for Async Video Meetings in Slack?

We have now switched our daily standups to async because we have a very spread-out team. Some of the developers are based in South America and the Middle East, while our product owner, Katya, commutes between Berlin, Greece, and Indonesia. For all sides, it is very exhausting to be in live calls at the same time. That’s why we switched to asynchronous video conferencing.

Editor: Katya, why do you do daily standups?

Katya: First of all, we noticed that close contact with developers is very important to avoid accidental idle time when, for example, dependencies and blockers are there but not communicated. So you really need daily standups. We even did 2 standups per day because of that. This was also because part of the team is in South America and starts 8 hours after the team in the Middle East. For me, personally, that was very exhausting. My work-life balance was on the rocks.

Editor: How do you solve that now?

Katya: After building a tool for asynchronous video conferencing, we now do it asynchronously, of course.

Editor: What does that change?

Katya: You have to look at it on different levels. For example, I can just do my yoga again in the morning, which I couldn’t do for long periods because we were constantly having video calls at the most impossible times. It was really too much for me. On a personal level, it has a massive relaxation effect.

Editor: And on a professional level?

Katya: We had to change a few behaviours, of course, but then it works very well. I make my initial invitation video the night before. That means when the Asian team get up in the morning, they have already found the invitation. I address very specific topics: What about the Slack bot? How far along are you with the Miro integration? Any blockages?

Editor: And then what happens?

Katya: When I get up, the answers are already there. I test the app, then if I find things that the guys missed, I send a cures video. They answer from their perspectives, and the day runs totally efficiently because we don’t have a common call at all. The best thing is, when the South Americans get going, they immediately have documentation of what happened during the day. If they have questions, either I or whoever is still awake can respond.

Editor: How do the developers in South America find their way through the many statements?

Katya: Our whole system is designed for that. We assign labels. So, for example, if there is an urgent blocker, it will be named that way. You can also forward individual statements. So important statements are easy to identify.

Feature groomings are also very good in asynchronous video meetings. The product owner makes a small Miro drawing of a complex feature they want to implement based on a customer request. Then they make a screen recording where they comment on the drawing and zoom in to the important sections; they explain the features to the team.

Now, the different specialists react with their know-how. A lively but asynchronous video discussion develops. It’s easy to also invite the users who have requested the feature to get their opinion before the feature is implemented.

Asynchronous video meetings are also useful for strategic brainstorming sessions where partners come together who have never met in person. Since they see each other in videos, a feeling of closeness and familiarity is created.

This is a special effect of asynchronous video conferences—formerly anonymous teams suddenly unite to form a community of interest.

In our increasingly complex world, we need knowledge and expertise to make good decisions. However, this expertise is usually not fully represented in the team. So we very often need external consultants.

With asynchronous video meetings, they can be integrated in a very cost-efficient way because they can respond to very specific problems. They don’t have to sit in meetings that last for hours. Sometimes, it’s enough to ask them about a single statement.

Still, the personal touch is not lost—the whole range of facial and vocal expressions is available, as in a normal video meeting.

What Are the Advantages of Async Video Meetings in Slack?

Anyone who wants to work consistently async will currently still find huge blocks of synchronous video calls in their calendar, which, after all, can now be made via Slack. If they abandon these calls, they run the risk of losing that personal connection. Text messages are not enough to build a personal bond. Anonymity results, and the team spirit is lost. For async-first teams, it is particularly important that they simply see each other in person from time to time. With asynchronous video conferences, this spirit is there immediately.

Spoken Messages Are Better for Some Areas of Complexity

Our evolution has trained us over millions of years to decipher spoken information and moving faces. Some messages can be expressed faster in a short video than in a text. For other levels of complexity, text is better. Complex doctoral theses are certainly very good in text form. So are short messages. In between, however, there is a range of complexity that can be transmitted more quickly as a spoken and recorded message.

When a conversation splits into subthreads, the Slack system quickly reaches its limits. There is only one subthread level, so the conversation cannot branch out.

In contrast, timz’s flower paradigm allows for two-dimensional branching. This structure is much closer to the neural structure of the human brain than the linear list structures of most text-based messenger apps. It is much easier to project complexity onto the structure of a timz flower than into the linear course of a text thread.

Asynchronous video conferencing, as provided by timz.flowers, is the missing link for an async-first workflow. Users can eliminate the huge blocks that were reserved for synchronous live calls and around which they had to build their daily schedules.

But asynchronous video conferencing also has its own specific advantages. Async meetings are more than a mere replacement for synchronous meetings. They serve as a repository of information, a data centre, and a link between disparate systems. For example, timz.flowers can be used to connect Slack to Miro via timz. This creates a very smooth stack.

for updates on upgrades and coupons

We use cookies on our website to give you the most relevant experience by remembering your preferences and repeat visits. By clicking “Accept”, you consent to the use of ALL the cookies. However you may visit Cookie Settings to provide a controlled consent.
Read MoreCookie settingsREJECTACCEPT SELECTIONACCEPT ALL

This website uses cookies to improve your experience while you navigate through the website. Out of these cookies, the cookies that are categorized as necessary are stored on your browser as they are essential for the working of basic functionalities of the website. We also use third-party cookies that help us analyze and understand how you use this website. These cookies will be stored in your browser only with your consent. You also have the option to opt-in to these cookies. But opting out of some of these cookies may have an effect on your browsing experience.
Necessary Always Enabled
Necessary cookies are absolutely essential for the website to function properly. These cookies ensure basic functionalities and security features of the website, anonymously.
Functional
Functional cookies help to perform certain functionalities like sharing the content of the website on social media platforms, collect feedbacks, and other third-party features.
Performance
Performance cookies are used to understand and analyze the key performance indexes of the website which helps in delivering a better user experience for the visitors.
Analytics
Analytical cookies are used to understand how visitors interact with the website. These cookies help provide information on metrics the number of visitors, bounce rate, traffic source, etc.
Advertisement
Advertisement cookies are used to provide visitors with relevant ads and marketing campaigns. These cookies track visitors across websites and collect information to provide customized ads.
Others
Other uncategorized cookies are those that are being analyzed and have not been classified into a category as yet.